The treasure chest may have closed for now… but the story is just beginning.

It has been a few weeks since our R&D process of Òr Treasure and the lid of the treasure chest may have closed, but the stories are just beginning.

Associate Artist and Storyteller, Ariel Killick, reflects on the period of R&D in her latest blog post.

“This R&D process has allowed me to work as part of a creative team, where the work is shared, rather than the entire weight of driving a production forward being primarily or solely on my shoulders, as has largely been the case for so much of my previous work over the last nine years.

“I’ve had the pleasure of working with an amazing propmaker before, and Emily’s [Emily Ingram, Production Manager] work and dedication has been amazing to witness, as she brought to life concepts as part of this production that previously only existed on paper.

“Working with Jen [Jen McGregor, Director and Dramaturg] as a Dramaturg has also allowed me an opportunity to deeply investigate and interrogate each part of this play, and work as part of a process where really important insights and aspects were developed, that makes this work incredibly stronger. It’s also been great to work with Jen as a Director in exploring the emotional depth of the character and really leading me on a journey to perform this piece so much more effectively than perhaps I would have on my own.

Reflecting on a period of sharing to our industry invited guest, Ariel spoke about the process of sharing digitally:

“Though I couldn’t see the audience members, it really brings a greater sharpness to any performance knowing it’s being witnessed by others and particularly industry peers. It was also a great opportunity to speak more about the philosophy and methodology that underlies this work and hear others’ thoughts and feedback as well.

“Fundamentally, it’s been amazing to work within a kind, caring and supportive environment, where others share a real commitment to realising the work. My journey has been incredibly challenging as a Gaelic Multidisciplinary Artist and it’s the caring kindness and genuine support of this process that has really touched me.

“What we’ve achieved is a vastly stronger script, an advanced performative capacity developed in the supported space to go further with all aspects, and create something we can be really proud of.

“Òr Treasure completed its initial development in March, 2022 and will continue its development process later in the year.

Òr Treasure’ is a new production in development, written by Ariel Killick, directed by Jen McGregor, production managed by Emily Ingram, and produced by Hopscotch Theatre.

Sign up for our newsletter to stay up to date with all our new productions and receive priority booking with early-bird discounts on our shows.

We even give away free drama and wellbeing resources for use in classrooms and community groups. 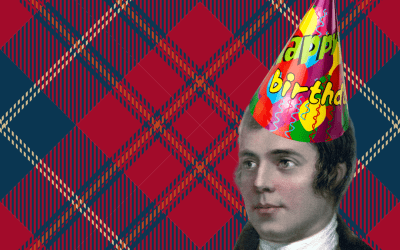 Hopscotch Theatre will be returning after the New year with their popular Burns Last Supper, written by late founding member and Artistic Director...

END_OF_DOCUMENT_TOKEN_TO_BE_REPLACED 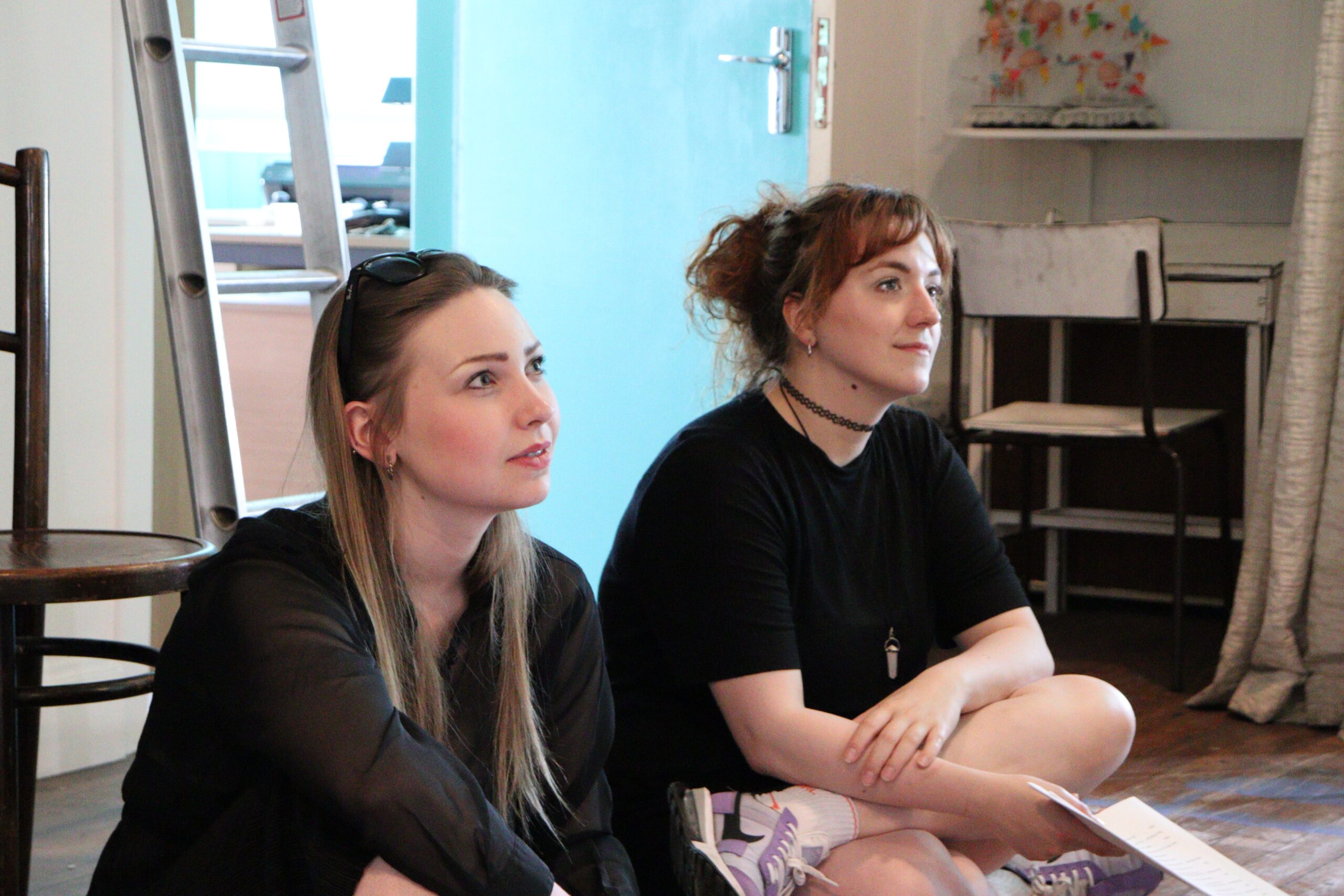 Writing can often be a lonely task. And writing a pantomime alone, in the summer, feels all kinds of weird....

END_OF_DOCUMENT_TOKEN_TO_BE_REPLACED 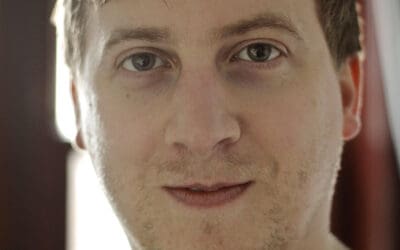 We are delighted to announce Andy McGregor as Director for our 2022 touring pantomime of Jack and the Beanstalk, by Isla Cowan. Andy will join the...

END_OF_DOCUMENT_TOKEN_TO_BE_REPLACED 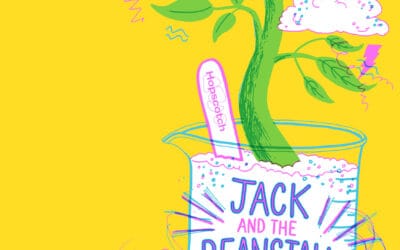 JACK AND THE BEANSTALK: CASTING CALL

We are delighted to be returning to in-person pantomime touring this Winter with our acclaimed family and schools pantomime, ‘Jack and the...

END_OF_DOCUMENT_TOKEN_TO_BE_REPLACED 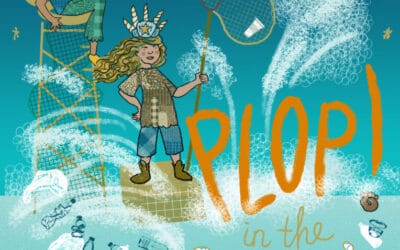 Plop! In the Ocean: we are casting.

We are delighted to announce that we are seeking two performers for our next school touring production, PLOP! IN THE OCEAN. We are looking for...

END_OF_DOCUMENT_TOKEN_TO_BE_REPLACED

"The main reason I am exploring this story for ‘Òr Treasure' stems from a deep desire to share the incredible indigenous genius of Gaelic". Ariel is...

END_OF_DOCUMENT_TOKEN_TO_BE_REPLACED

Ariel Killick – A hello from our Associate Artist: Part One

“The associateship with Hopscotch feels a little like coming home”. Our Associate Artist, Ariel Killick talks about her work, life and introduces us...

END_OF_DOCUMENT_TOKEN_TO_BE_REPLACED

Panto returned with ‘Puss n’ Boots’ reaching over 19,000 children this festive season. It has been another challenging year working under the...

END_OF_DOCUMENT_TOKEN_TO_BE_REPLACED
Have you got any questions?

This website uses cookies to improve your experience. We hope you are okay with this but you may opt-out if you wish.
AcceptReject AllCookie Settings Read More
Manage consent

This website uses cookies to improve your experience while you navigate through the website. Out of these, the cookies that are categorized as necessary are stored on your browser as they are essential for the working of basic functionalities of the website. We also use third-party cookies that help us analyze and understand how you use this website. These cookies will be stored in your browser only with your consent. You also have the option to opt-out of these cookies. But opting out of some of these cookies may affect your browsing experience.
Necessary Always Enabled
Necessary cookies are absolutely essential for the website to function properly. These cookies ensure basic functionalities and security features of the website, anonymously.
Functional
Functional cookies help to perform certain functionalities like sharing the content of the website on social media platforms, collect feedbacks, and other third-party features.
Performance
Performance cookies are used to understand and analyze the key performance indexes of the website which helps in delivering a better user experience for the visitors.
Analytics
Analytical cookies are used to understand how visitors interact with the website. These cookies help provide information on metrics the number of visitors, bounce rate, traffic source, etc.
Advertisement
Advertisement cookies are used to provide visitors with relevant ads and marketing campaigns. These cookies track visitors across websites and collect information to provide customized ads.
Others
Other uncategorized cookies are those that are being analyzed and have not been classified into a category as yet.
SAVE & ACCEPT